T-MARS project was born to meet one of the main goals in the field of planetary exploration : to document the geological record and processes that have shaped the surface of the terrestrial planets, their moons, icy satellites and asteroids [1].

Remote sensing data is a crucial tool to establish the global to regional context of geologic processes and is essential to assess the locations that need to be studied at the local scale.

On the surface of the Earth or another celestial body, landers, rovers or humans can study geological processes at the local scale of a few meters or less.

Landers and rovers that have been on Mars, on the Moon or on comets have mostly relied on the use of remote sensing instruments near the surface to characterize the surface at such a fine scale.

The analysis of the samples, on site or once they are brought back to Earth, provides the most detailed information. This allows thorough isotopic, elemental and mineralogical analyses to be carried out.

The project in five aspects 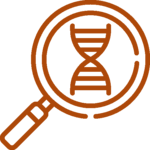 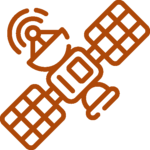 At the heart of the project

To train the next generation of space researchers by involving our students in the fields of remote sensing, astrobiology and geology, and by offering them practical experience that will be beneficial to their future careers

Study of gossans in the Canadian Arctic

We focus on the study of reactive gossans in the Canadian Arctic as analogs to paleo-hydrothermal systems on Mars. A hydrothermal system is a set of phenomena related to the circulation of warm, water-rich fluids in the Earth's crust, activated by magmatic reservoirs. In our case, these systems are ancient (paleo).

What is a gossan?

Gossans are surface deposits formed by the alteration of sulphide-rich bedrock by acidic fluids (figure 1). Sulphides occur as veins or metal-bearing deposits in bedrock. The surface of the gossans is thus characterized by the presence of iron oxides and alteration minerals, giving them an ochre color (figure 2).

Learn more about our study region, the Canadian Arctic, and its gossans...

Analogs to paleo-hydrothermal systems on Mars

These systems contain jarosite, a mineral that is one of the key astrobiological parameters that can be studied to understand the past aqueous environment and habitability of Mars. The potassium content of jarosite can be used to determine when water was present at the sample location, by a 40Ar/39Ar dating [2,3], and it can preserve organic compounds such as the amino acid glycine [4].

In humid climates, jarosite decomposes to produce ferric oxyhydroxides, a rust-like compound. Therefore, jarosite can only be studied in places where arid climatic conditions have stopped this degradation process [5].

Jarosite has been identified at several locations on Mars, including Meridiani Planum [6,7], Valles Marineris [8,9] and Gale Crater [10]. Jarosite has also been identified in Canadian Arctic gossans [11], providing an invaluable opportunity to study the formation of paleo hydrothermal systems on Mars and to characterize their potential biosignatures.

Learn more about our study region, the Canadian Arctic, and its gossans...